For my architectural design course, we were tasked with designing a city inspired by a chapter from Italo Calvino's Invisible Cities.

"In the center of Fedora, that gray stone metropolis, stands a metal building with a crystal globe in every room. Looking into each globe, you see a blue city, the model of a different Fedora. These are the forms the city could have taken if, for one' reason or another, it had not become what we see today. In every age someone, looking at Fedora as it was, imagined a way of making it the ideal city, but while he constructed his miniature model, Fedora was already no longer the same as before, and what had been until yesterday a possible future became only a toy in a glass globe. The building with the globes is now Fedora's museum: every inhabitant visits it, chooses the city that corresponds to his desires, contemplates it, imagining his reflection in the medusa pond that would have collected the waters of the canal (if it had not been dried up), the view from the high canopied box along the avenue reserved for elephants (now banished from the city), the fun of sliding down the spiral, twisting minaret (which never found a pedestal from which to rise). (Calvino 32)" 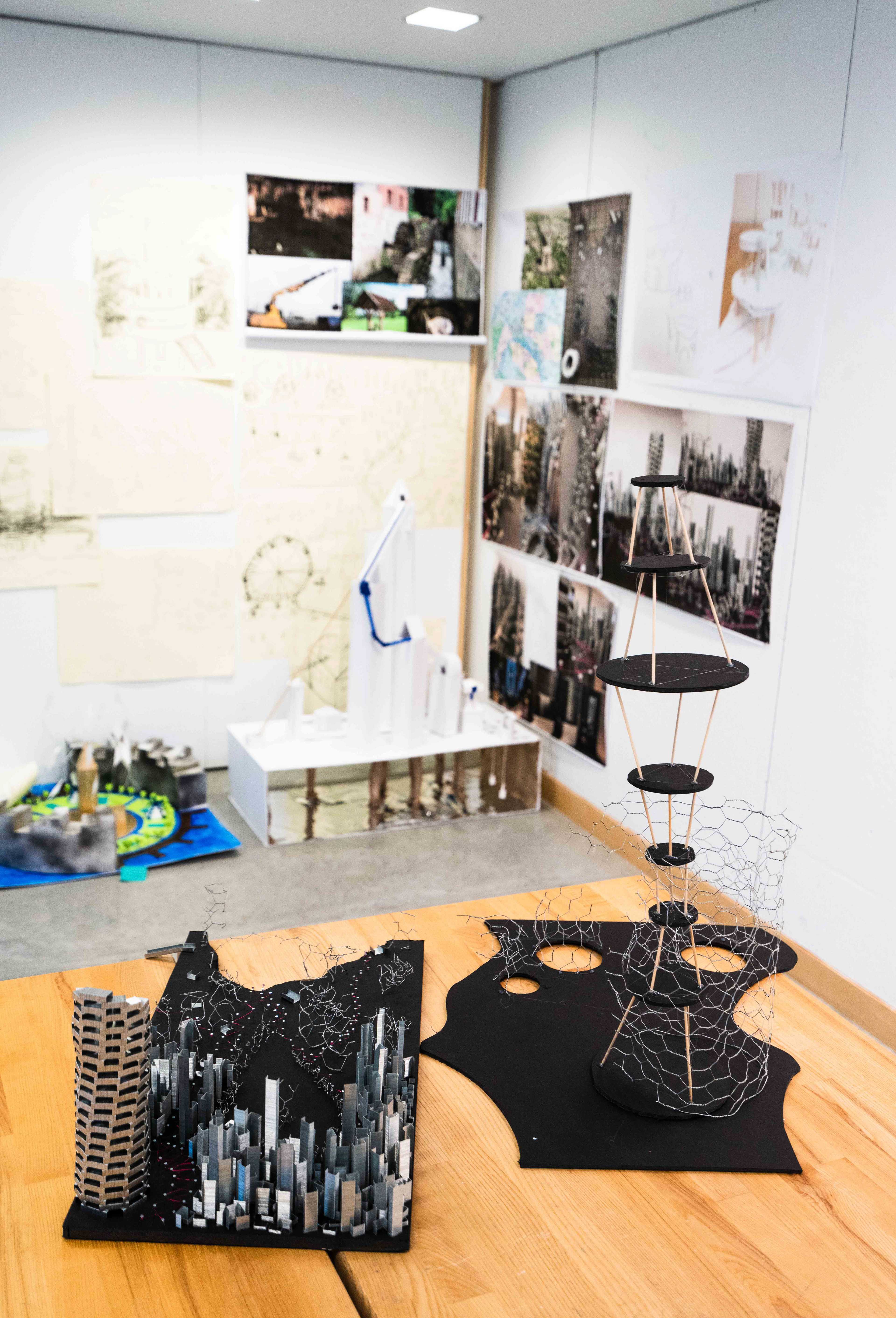 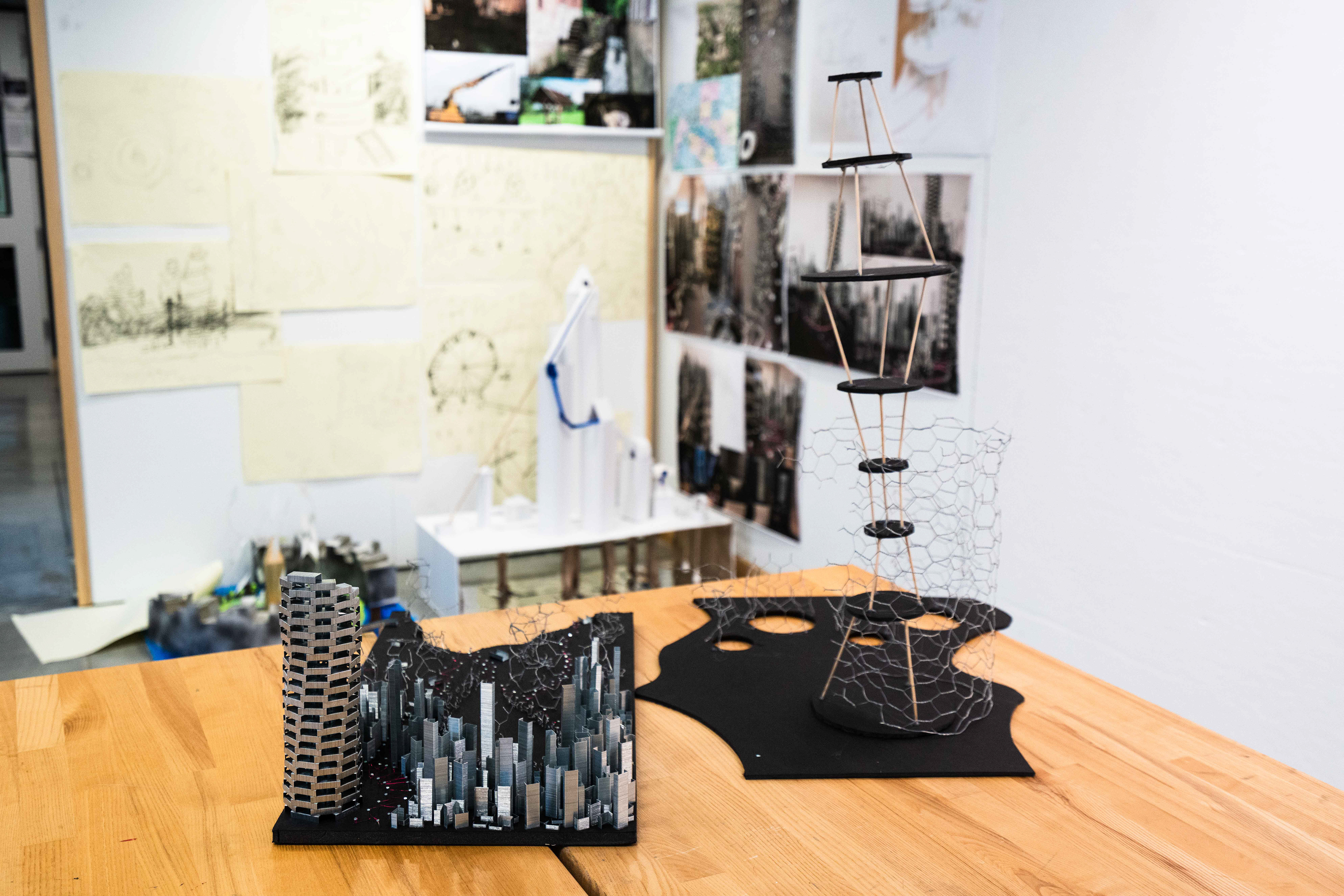 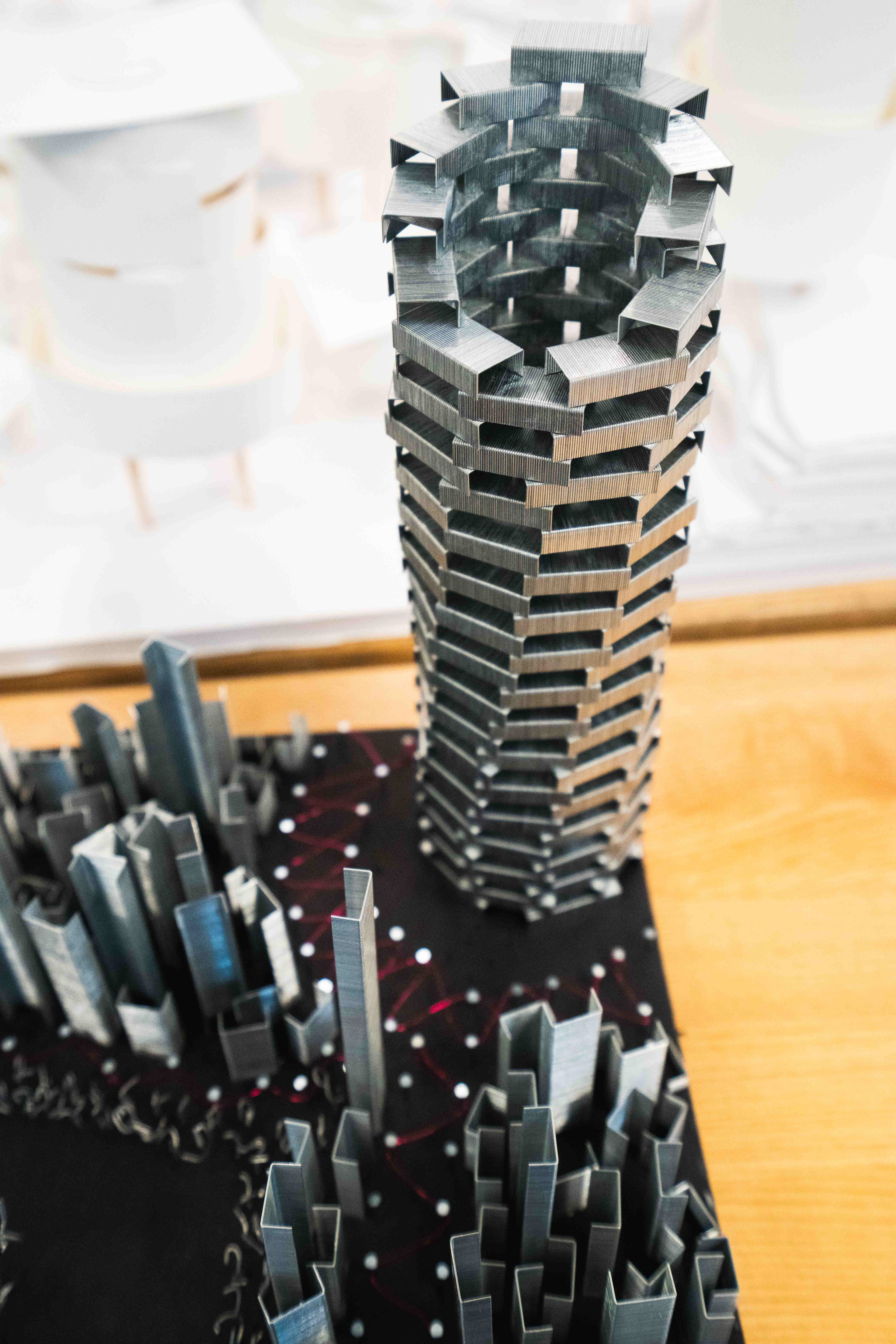 Metal building, at corner of quadrant

The metal building is apparent, however in order to capture the spirit of different possibilities, and what could have been, I built the city to slowly become more abstract and run down the further it got from the center (in this case corner). The finished model shows a quadrant of the entire city, but this cut-away shows the slow transition to disarray and lost potential.

Hydro up North
↑Back to Top